Automated Build/CI distilled to the essentials whilst retaining convenient monitoring and control. A webhook listener that dispatches arbitrary commands on receipt of events with a clean and minimal web interface. https://gogs.blitter.com/Russtopia/bacillus 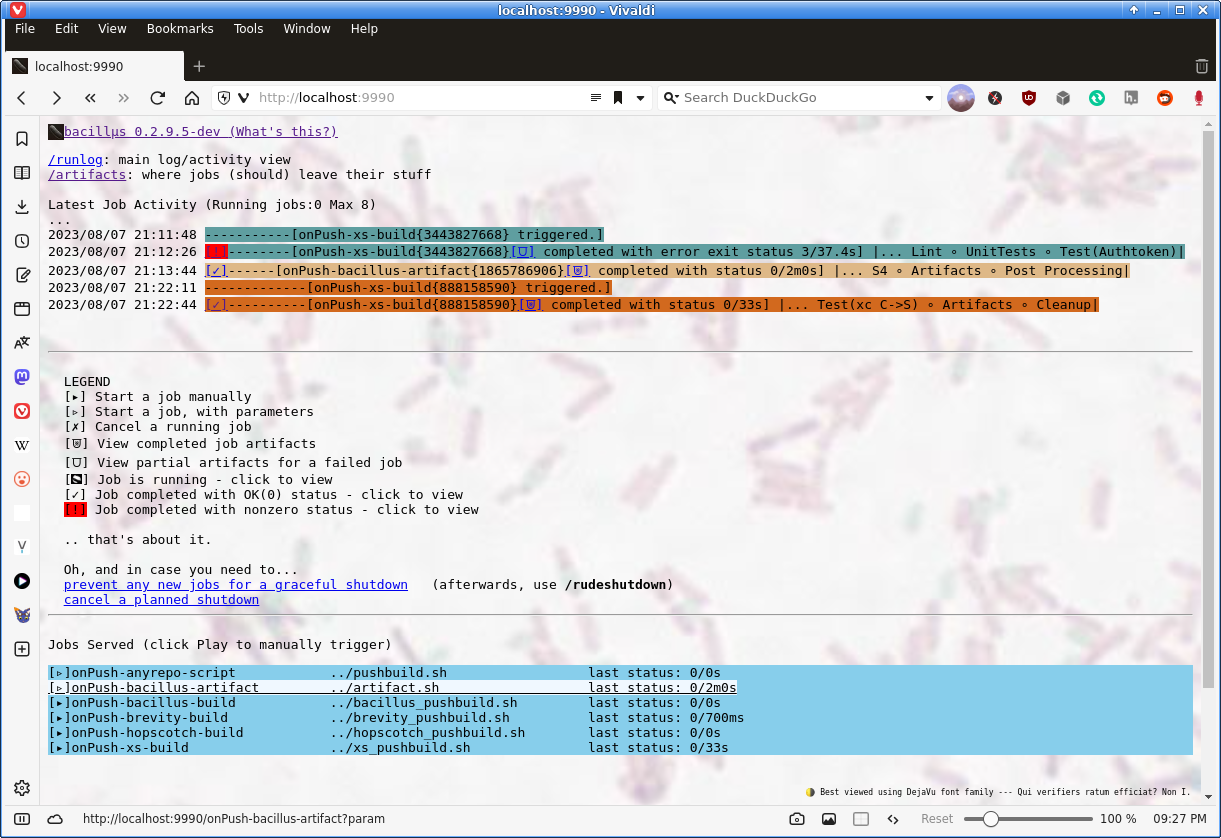 If launched with the --auth option, bacillμs gates access to all served content via HTTP basic auth. Over plain HTTP this is not secure, so one should run behind a server or reverse proxy which requires HTTPS connections (eg., define a subdomain 'bacillus.yourdomain.net' mapping to 'localhost:9990' and configure to disallow plain HTTP -- see your preferred web server's documentation). This protects the HTML UI for manually triggering jobs, viewing status and artifacts, and controlling soft and hard shutdowns, as well as git/SCM triggered endpoint actions to run jobs. See the AUTH options in the example bacillus_launch.sh.

SECURITY String parameters (?s?...) named with a NOPATH_ prefix or a _URI suffix are exempt from path sanitization. Use caution naming job parameters in this manner, being sure not to interpret such variables as filesystem paths or URIs within job scripts, to prevent path-traversal security violations (ie., running arbitrary binaries or scripts from outside the workdir/${BACILLUS_JOBID} dir).

There is support for a simple 'pipeline view' of the stages of running jobs. See the 'stage' function in examples workdir/xs_pushbuild.sh and workdir/bacillus-pushbuild.sh. Stages up to and including the running stage will be displayed at the end of the running job's entry in the runlog view.

Prerequisites: golang (for example xs_pushbuild.sh build script as well as bacillμs itself)

Nope. But I might add a REST API someday, as use cases come up.